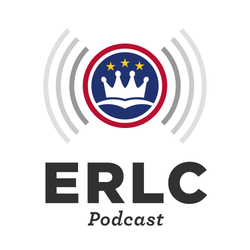 Justin Bieber, Super Tuesday, and a conversation with Juan Sanchez

In this episode, Josh, Lindsay, and Brent talk about the spread of the Coronavirus, Justin Bieber on faith, the state of the Democratic primary, and some fun news from this week in culture. Lindsay also gives a rundown of this week’s ERLC content including Catherine Parks on the life of George Liele, an excerpt from Jason Thacker’s book on AI (which releases next week!), Diane Langberg on caring for trauma victims, and the ERLC’s partnership to launch the pro-life movement in Northern Ireland. Also in this episode, the hosts are joined by Juan Sanchez for a brief conversation about his life and ministry. About Juan Since 2005, Juan has served as senior pastor of High Pointe Baptist Church in Austin, Texas. He is a graduate of the University of Florida and holds an MDiv, a ThM, and a PhD in systematic theology from The Southern Baptist Theological Seminary. In addition, Juan serves as a council member of The Gospel Coalition, co-founder and president of Coalición, assistant professor of Christian theology at The Southern Baptist Theological Seminary, and an ERLC trustee. He has authored numerous books, including 1 Peter for You and Seven Dangers Facing Your Church. He and his wife Jeanine have five daughters and four grandchildren. You can follow him on Twitter: @ManorJuan ERLC ContentWho was the first known Baptist missionary? Honoring George Liele’s legacy by Catherine Parks Adapted from Catherine’s book, Strong: How God Equipped 11 Ordinary Men with Extraordinary Power (and Can Do the Same for You) The Executive Committee of the Southern Baptist Convention recently voted to approve the first Sunday in February as the annual George Liele Church Planting, Evangelism, and Missions Day. Liele holds the distinction for being the first known Baptist missionary. Having been enslaved from birth and shared the gospel in Jamaica.​​​​Artificial intelligence could change the human body as we know it by Jason Thacker Excerpted from: The Age of AI: Artificial Intelligence and the Future of HumanityThe 2,411 hoarded remains in Indiana were murdered human beings by Todd E. BradySince 1973, over 61 million human lives have been killed by abortion in America. The Indiana attorney general described the hoarding of 2,411 human remains “horrifying to anyone with normal sensibilities.” Over 61 million murders is horrifying. In fact, let us remember that the murder of merely one human being is nothing less than horrifying.(Video) How can churches help those who have experienced trauma? by Diane Langberg(Podcast) Senate prepares to vote on two pro-life by Capitol ConversationsBoth Pro-life bills before the Senate Wednesday failed.Pain Capable: 53 yeas, 44 naysBorn-Alive: 56 yeas, 41 nays"It ought to be a national scandal that the U.S. Senate failed to advance either of these basic and common-sense bills that would protect human life.” - Russell Moore(Press Release) ERLC's international pro-life work takes focus to Northern Ireland Culture InternationalIs Coronavirus on the verge of becoming a pandemic?New cases in California and Brazil.Japan to close schools.Watching developments in Italy.Will it affect the Tokyo Olympics in Summer 2020?How International churches handled Ash Wednesday. Vice President Pence heading up the US government response. The temp in Antarctica hit 70 degrees last week.FaithJustin Bieber’s interview about his faithCultureNevada caucuses happened and Bernie Sanders won handily. South Carolina primary coming this week. South Carolina debate recap.Bloomberg has Bloom-billions!Super Tuesday looms on March 3rd.Basketball superstar Dwayne Wade/actress Gabrielle Union's child came out as transgender.Resource: God and Transgender Debate by Andrew T. WalkerOn the Lighter SidePictures from The Batman revealed and the suit is . . . different.Friends reunion is apparently a thing.Spring training baseball begins!Lunchroom Brent: A Guide: How To Prepare Your Home For Coronavirus (NPR)Lindsay: Justin Smith, MD: The Doc Smitty Cook Children’s PediatricsJosh: The Rock giving his father’s eulogy at Idlewild Baptist ChurchERLC ResourceBeyond Veggie Tales: Forming the Moral Imagination of Your Kids by Phil VischerConnect with us on [email protected]@[email protected]@LindsNicoletSponsors Jesus and the Very Big Surprise by Randall GoodgameThe Church and the Racial Divide by Trevor Atwood, Eds. Trillia Newbell and Dan DarlingThe Weekly - ERLC’s rundown of news and culture delivered to your inbox every Friday