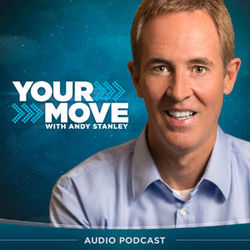 About Andy Stanley - Your Move

Welcome to the Your Move with Andy Stanley podcast. In this weekly 30-minute message from Andy, you will discover how to make better decisions and live with fewer regrets. So check out our website at www.yourmove.is for additional ways to watch, listen, and connect.