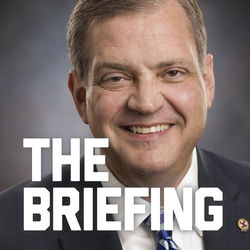 The Briefing is a daily analysis of news and events from a Christian worldview.

Historic and deadly vote in Ireland to repeal abortion ban marks massive moral and theological shift || In abortion vote, Ireland embraces modern European identity over historic theological identify || In 2004 Gavin Newsom was denounced by his own party when he issued marriage licenses to same-sex couples. Today he is considered a hero of the moral revolution. || Alan Bean, 4th man to walk on the moon, dies at age 86The post Tuesday, May 29, 2018 appeared first on AlbertMohler.com.