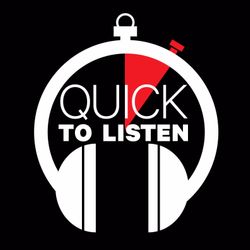 Why White Evangelicals Love Police More than Their Neighbors

Transcribed highlights of the show can be found in our episode summaries.In the aftermath of the deaths of George Floyd and Breonna Taylor, thousands of people across the country have taken to the streets to protest police brutality. Video of Floyd’s final moments as a police officer used his knee to pin his neck and his three colleagues looked on prompted a strong reaction from around this country.While perhaps more white evangelicals have spoken out against the police officers’ actions than after previous acts of police brutality made national news, some of the ways that they are framing their statements about law enforcement suggests they actually aren’t getting it, says Aaron L. Griffth, assistant professor of history at Sattler College in Boston“I worry that many white evangelicals are talking about the problem of police brutality in terms of the exceptions, in terms of the bad apples. And then proposing things like more training or pushing more into the colorblind frame or even mobilizing language like ‘racial reconciliation,’ to say that black Americans have an opportunity to forgive and befriend the officers in their midst,” said Sattler, who is also the author of the forthcoming God’s Law and Order: The Politics of Punishment in Evangelical America.“That is very concerning to me because we've seen this before. We've seen this in moves toward community policing, which envisions the police as more closely connected, and perhaps even friendly, to the neighborhoods they serve,” he said. “But community policing projects are really much more about just changing perceptions of law enforcement, not the practices of how they operate. And really, making police more directly connected to communities, embedding them more closely in communities, often just exposes residents to more interactions and more risks.”Sattler joined digital media producer Morgan Lee and editorial director Ted Olsen to discuss the origins of the police, how a desire to reach teenagers affected attitudes toward law enforcement, and if white evangelicals views are changing or not. What is Quick to Listen? Read moreRate Quick to Listen on Apple PodcastsFollow the podcast on TwitterFollow our hosts on Twitter: Morgan Lee and Ted OlsenFollow our guest on Twitter: Aaron L. GriffithMusic by SweepsQuick to Listen is produced by Morgan Lee and Matt LinderThe transcript is edited by Bunmi Ishola