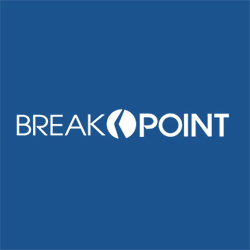 After all the Thanksgiving turkey, stuffing, and pumpkin pie, many of us may be tempted to cover our eyes before we step on the scale today. And we should be concerned about our weight. But even here, worldview matters. According to Harvard University’s T. H. Chan School of Public Health, America has a weight problem. “Nationwide, roughly two out of three U.S. adults are overweight or obese (69 percent) and one out of three is obese (36 percent).” To say the least, these are alarming numbers. Being obese is defined as having a Body Mass Index of 30 or higher; being overweight as having a BMI of at least 25. For example, the National Institutes of Health says if you are five feet six and weigh 155 pounds, you have a BMI of 25—classified as overweight. If you weigh 186 pounds at that same height, you are considered obese. And being obese is much more than an issue of appearance. Obesity-related medical conditions include heart disease, stroke, type 2 diabetes, and certain types of cancer that are among the leading causes of preventable, premature death. The obesity epidemic has sparked public relations campaigns, high-profile weight-loss programs, and no shortage of fantastic claims about so-called “super foods” and diet pills—and yet our waistlines continue to grow. Now, there are many factors about weight we may not have much control over. But there are a lot of things we do have control over. No doubt our sedentary lifestyles, aging population, and—let’s face it—habitual overindulgence, have all contributed. And yes, there are ways to combat obesity. But it matters not just how we want to lose weight, but why. You see, even when it comes to weight loss, worldview matters. Before we start changing our diets or step on the scale, we need to first ask, “What are our bodies for?” Silicon Valley, for one, is giving us the wrong answer. It’s responding to the obesity epidemic not by redirecting people’s hearts to what is true and beautiful and good, but by redefining the meaning of weight loss—and in the process making us less human. A fascinating piece in The Atlantic notes that “an ever-increasing number of new health companies are encouraging people to think and talk about nutrition: as a problem of personal technology, where losing weight isn’t an experience of self-deprivation, but one of optimization, not unlike increasing a year-old iPhone’s battery.” This new approach to weight loss sees us not as fearfully and wonderfully made divine image-bearers, but as machines. The Atlantic says, “Where bodies might have previously been idealized as personal temples, they’re now just another device to be managed, and one whose use people are expected to master. We’re optimizing our performances instead of watching our figure, biohacking our personal ecosystem instead of eating salads.” It’s a subtle selfishness. It’s also what my colleague Roberto Rivera calls “technological messianism, the belief and expectation that technology will deliver us from evils, including those of our own making.” The Christian worldview offers a different understanding of what our bodies are for, and how and why we are to care for them. First of all, they’re temples of the Holy Spirit. Second, our bodies were designed to glorify God and to serve Him and our neighbor. Third, these bodies of ours will be raised on the last day, glorified as Jesus’s body was and is glorified. Now in that sense, overcoming obesity and staying healthy becomes a matter of Christian stewardship and witness. Several years ago Saddleback Church, led by Pastor Rick Warren, launched something called the Daniel Plan to help Christians get healthier so they can serve God better, and many, many folks have benefited from it. We’ll link you to it at BreakPoint.org. That God-focus is the all-important right answer. Dieting isn’t really about us and our bodies. It’s about Him ... and His. The world tells us we must fit some marketer’s ideal of human perfection. The Bible tells us we are already accepted in the Beloved. So let’s eat, drink, and, if necessary, shed a few pounds, all to the glory of God.